As a volunteer firefighter for the past three and a half years, Mike Loveless, General Manager of the Independence, Iowa, Spahn & Rose, has been called to dozens of accident scenes, car fires and house fires. One call about a year ago, though, serves as a reminder to him about the importance of smoke detectors. 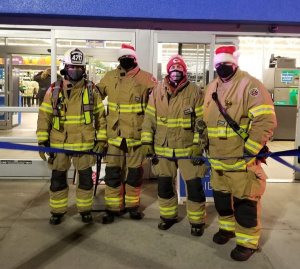 “There was an apartment fire in town here and an older handicapped gentleman couldn’t get out on his own,” Loveless remembers. “Some of the guys from the fire department had to help him out before he was burned or had too much smoke inhalation.”

“I like helping people, and being a firefighter is something I’ve always wanted to do, so I ran with it,” says Loveless, who participates in regular firefighting training, including drill nights three evenings a month.

During Fire Prevention Week, October 3-9, Loveless urges everyone to test their smoke and CO detectors, replace their batteries and review their household fire plan, including how to exit in case of a fire and where to meet. 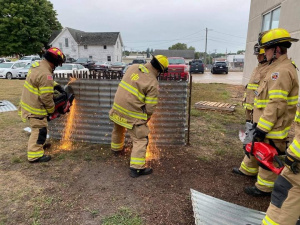 The longest-running public health observance in the country, Fire Prevention Week has been sponsored by the National Fire Prevention Association annually since 1925. It’s observed each year during the week of October 9 to commemorate the Great Chicago Fire, which began on October 8, 1871, and killed more than 250 people, left 100,000 homeless, destroyed more than 17,400 structures and burned more than 2,000 acres of land.

The theme of this year’s Fire Prevention Week campaign is “Learn the Sounds of Fire Safety!” which promotes information about the different sounds smoke and carbon monoxide alarms make. For example, if the chirp of a CO detector continues after the battery has been changed, that means the alarm is at the end of its life and must be replaced. 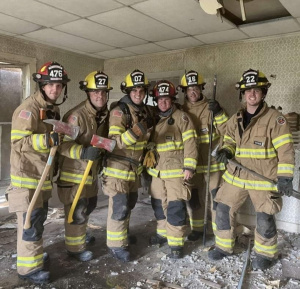 The National Fire Prevention Association recommends choosing an alarm that is listed with a testing laboratory, meaning it has met certain standards for protection. These detectors can require a yearly battery change or may last 10 years. For the best protection, use combination smoke and carbon monoxide alarms that are interconnected throughout the home. These can be installed by a qualified electrician so that when one sounds, they all do. This ensures that you’ll hear the alarm no matter where in your home it originates. For those who have hearing loss, meanwhile, there are smoke and CO detectors that flash lights or vibrate.